From Versailles and More, Thursday, feast of the Epiphany.

...Today is the feast of the Epiphanie (literally “revelation”) celebrating the travels of the three Magi, or Kings of the Orient, who followed a star to Bethlehem to visit Jesus a few days after the Nativity.

French Christmas celebrations conclude with the Epiphanie, and with the consumption of vast quantities of galettes des Rois, like the one to the left. They are made of puff pastry filled with marzipan. Each galette is sold with a gilded or silver cardboard crown and contains a fève (“fava bean.”) The fève is no longer a dry bean, but now consists in some decorative charm. My favorites are miniature Nativity scene figures. One must, of course, chew carefully not to break a tooth on the fève...

Thanks and a tip of the beret to Catherine Delors. 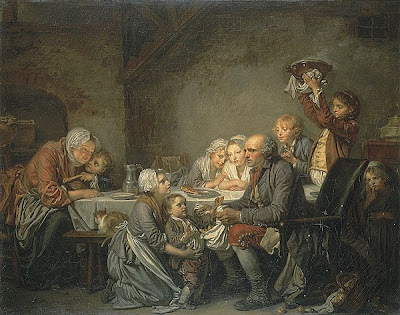 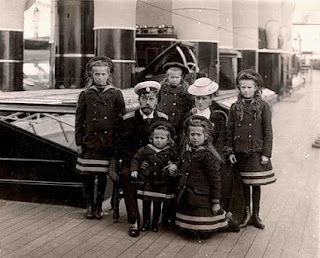 I wish to present this site, Royal Russia. Enclosed within this site there is a huge amount of photographs of the Russian Imperial Family being a family. There are of course the easily made comparisons between the Romanovs and to the marytred Bourbons. It seems to me that the bolsheviks wished to remove any possibility of a member of the immediate Imperial Family being a focal point for counter revolution, and so killed them all. As it failed with the Bourbons it has failed with the Romanovs...

Some photos from the albums...

The Tsar and Tsarina on a palace balcony... 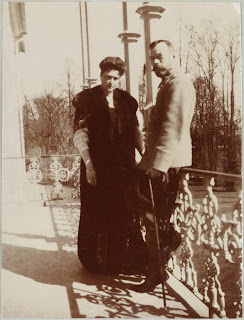 Children were all taught to sew and do needlework. Anastasia regards her work intently. 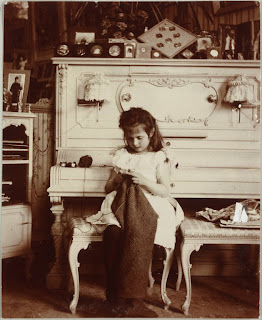 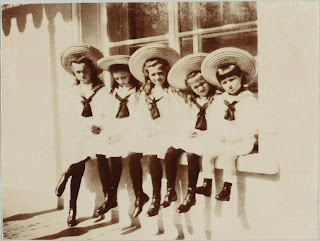 The "Woman" from Love Undefiled 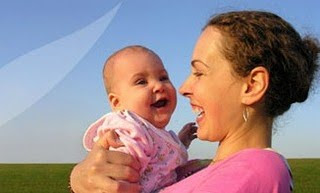 When God created woman he was working late on the 6th day An angel came by and said: “Why spend so much time on that one?” And the Lord answered: “Have you seen all the specifications I have to meet to shape her ?"

“She must be washable, but not made of plastic, have more than 200 moving parts which all must be replaceable and she must function on all kinds of food, she must be able to embrace several kids at the same time, give a hug that can heal anything from a bruised knee to a broken heart and she must do all this with only two hands”.

The angel was impressed. “Just two hands....impossible!“ And this is the standard model?! “Too much work for one day....wait until tomorrow and then complete her“. More...

A bit late for me, but better late than unmentioned.

A short Biography is found here...
Posted by Brantigny at 1:49 PM No comments:

Victim of the Islamic Revolution

Son of Iran shah kills himself in U.S. Click here...

Another victim of the Islamic Revolution. ...and a big thanks to Jimmy Carter.

A bust of the Passion Bearer has replaced a statue of V.I.Lenin in Shushenskoye in the Krasnoyarsk Krai. 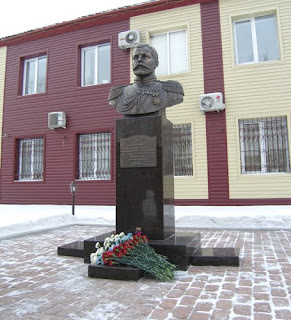 "It is the urge of the heart and soul of the Orthodox faithful of Russia", as he explained the meaning behind the monument. "Contemporaries, historians and descendants of various political and religious views will refer to his great personality. I am sure of one thing about Nicholas II, and we still have much to learn. He was a true Christian, a wonderful family man, and most importantly of the Emperor, the glory and the good of Russia was always dear to him. Many to this day are unaware that our country enjoyed the strongest period of economic development during the reign of Nicholas II. Therefore, it is important that as we rejoice at the current achievements of our state, that we not forget similar achievements made in 1913". Archimandrite Alexis 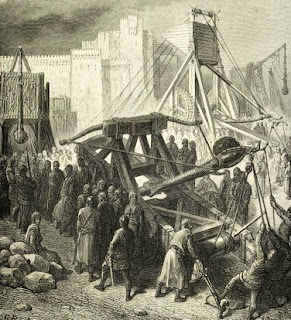 "In the hand of God is the destiny of princes. He alone giveth empire"

The Moors finally lost their last battle to the Catholic Kings, and after eight centuries of rule the last stronghold of Granada fell. Throughout the old nazarí kingdom was repeated the same crying: Ay de mi, Alhama!, the key which gave Granada on January 2 of the year of Our Lord 1492.

...and always we'll remind when Islam was defeated.