Although the Know Nothing's didn't form until about 10 years later, it had it's beginnings in the mass Catholic immigration which began in the 1830. If this hypothesis is true it was just a continuation of the anti-Catholic sentiment which continues today... 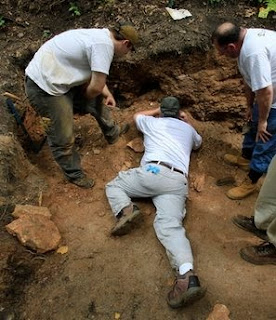 MALVERN, Pa. – Young and strapping, the 57 Irish immigrants began grueling work in the summer of 1832 on the Philadelphia and Columbia railroad. Within weeks, all were dead of cholera.

Or were they murdered?

Two skulls unearthed at a probable mass grave near Philadelphia this month showed signs of violence, including a possible bullet hole. Another pair of skulls found earlier at the woodsy site also displayed traumas, seeming to confirm the suspicions of two historians leading the archaeological dig.

"This was much more than a cholera epidemic," William Watson said.

Watson, chairman of the history department at nearby Immaculata University, and his twin brother Frank have been working for nearly a decade to unravel the 178-year-old mystery.

Anti-Irish sentiment made 19th-century America a hostile place for the workers, who lived amid wilderness in a shanty near the railroad tracks. The land is now preserved open space behind suburban homes in Malvern, about 20 miles west of Philadelphia. more

Posted by Brantigny at 11:23 AM No comments:

Link to the Hunchback found? 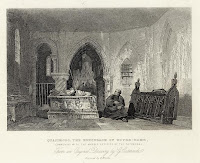 Adrian Glew, who works on the Tate collection's archives in London, was studying the seven-volume handwritten autobiography of 19th century British sculptor Henry Sibson when he came across a reference to a Frenchman whose nickname was "le bossu," or hunchback. More

Image courtesy of antiqueprints.com
Posted by Brantigny at 10:57 AM No comments:

The Assumption of the Virgin 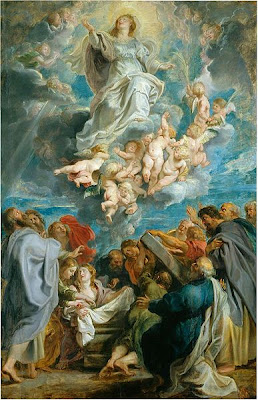 Catherine Delors has a short yet moving video and article to commemorate the Feast of the Assumption.

Thanks and a tip of the Beret to Madame Delores.