When the King enjoys his own again

This expression of Royalist sympathy first appeared as a broadside ballad during the English civil war in 1643, "to be joyfully sung with its own proper sweet tune". The tune appears in various sources from the 1650's onwards; It was used for innumerable other ballads and remained familiar throughout the late 18th century. The literary art Antiquarian Joseph Ritson, who anticipated Chappel with his interest in popular material, writing in the late 18th century, called it "the most famous and popular air ever heard of in this country".

Soon we as Catholics may have to make a choice. Like St Thomas More who said, "I am the King's good servant, but God's first." we will have to say "I am a Citizen, but first I am a Catholic." ...And as St. Thomas More it may well be on the way on the way to the scaffold.

Real Catholic TV shows what we are, and who we are fighting. See this film here...

Not the PD that Jack Webb used to laud, just thugs in uniform.

On June 25th officers from the LAPD ignored the assault by a light crew working for comedian Jimmy Kimmel, who turned high intensity spotlights on a young protestor. Ryan Bueler, a member of the survivors (those born after Roe v. Wade), was participating in the annual Survivors' Boot Camp which was carrying out a Face the Truth type demonstration on a busy street near Kimmel's studio. Kimmel's crew set up to film a stunt taking place later, but apparently got upset with the young demonstrator who refused to move and turned the lights on him from a distance of several feet. The heat from the spotlight partially melted his sign and a plastic bracelet he was wearing. When an adult participant, Jeff White, attempted to turn the lights away from the teenager, he was attacked and his shirt ripped. LAPD responding to the event arrested White but refused to take any action against the camera crew or the man who ripped White's clothing. After police viewed the video they dropped charges against White but still refused to bring any against the cameral crew. More at Les Femmes-The truth

There is a special ring in Hell rserved for the Officers of the LAPD who act like thugs when they attack any one who is prolife. I was jsut following orders is not going to be a defense before God.

11 Reasons to Vote for Democrats in November

Posted by Brantigny at 9:37 AM No comments:

Counter-Culture: The Death of Humanity 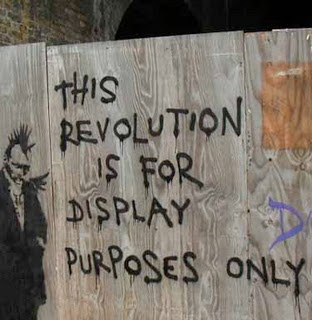 from Swell and Dandy...