Will I ever go back to work?

If sll goes well today I should return to work on Monday. I am ready, though I think my dogs will be sad to see me go...

That is all for today, unless something comes up.

For years now I have complained about Walmart and the fashion terrorists that shop there, my daughter Genevieve showed me this site...

People of Walmart
You should have a good laugh.

The glory of the world's legal systems is British Law. When will the world wake up and recognize the danger of the demands of a Muslim minority?

The fanatical group Islam4UK has ­announced plans to hold a potentially ­incendiary rally in London later this month.

And it is calling for a complete upheaval of the British legal system, its officials and ­legislation.

Members have urged Muslims from all over Britain to converge on the capital on October 31 for a procession to demand the full implementation of sharia law.

On a website to promote their cause they deride British institutions, showing a mock-up picture of Nelson’s Column surmounted by a minaret.

Plans for the demonstration have been ­delivered to the Metropolitan Police and could see up to 5,000 extremists marching to demand the controversial system.

The procession – dubbed March 4 Shari’ah – will start at the House of Commons, which the group’s website describes as the “very place where the lives of millions of people in the UK are changed and it is from here where unjust wars are launched”.

The group then intends to march to 10 Downing Street and “call for the removal of the tyrant Gordon Brown from power”.

The march will then converge on Trafalgar Square where protesters expect it “will gather even more support from tourists and members of the public, making clear in the heart of London the need for Shari’ah in society”.

The group declared: “We hereby request all Muslims in the United Kingdom, in Manchester, Leeds, Cardiff, Glasgow and all other places to join us and collectively declare that as submitters to Almighty Allah, we have had enough of democracy and man-made law and the depravity of the British culture.

“On this day we will call for a complete upheaval of the British ruling system its members and legislature, and demand the full implementation of Shari’ah in Britain.”

Last night politicians and fellow Muslims condemned the group’s incendiary comments, which come in the wake of recent violent incidents in towns and cities like Manchester, Birmingham and Luton, Beds.

Conservative MP and ex-Army officer Patrick Mercer said: “It is extremely distasteful and is stoking the fires of fear within the British public. “If anyone thinks that those views are a step forward in society they are seriously deluded. They are repellent and repulsive.”

The group was also attacked by Tory MP Philip Davies who said: “This march is clearly a deliberate and provocative attempt to incite racial tension and disrupt community cohesion.

“The simple solution is for these people to move to a country which already has sharia law.”

A spokesman for the Islamic Society of Britain said: “99.999 per cent of Muslims despise these people. This only serves to fuel racial ­tensions.”

And Tory MP and Daily Express columnist Ann Widdecombe, said: “You cannot have two legal systems side by side and the one we have now works and the British people are perfectly happy with it.”

The rally has not yet been given final approval. A spokesman for the Metropolitan Police said: “We have received an application for the march but we have yet to meet with the organisers.”

A Home Office spokesman said: “Everyone has the right to express their view so long as it is done sensibly, without violence and does not incite religious hatred.”

Plans for the march are revealed on the website Islam4UK, which is fronted by preacher Anjem Choudary who has also called for all British women to wear burkhas.

Explaining the Nelson’s Column mock-up he said that under sharia law the construction and elevation of statues or idols is prohibited and consequently the statue of Nelson “would be removed and demolished without hesitation”. At the base of the column the friezes would be replaced with Islamic decoration and giant urns would be filled with gold coins for the poor.

Mr Choudary has said that under sharia law in Britain people who commit adultery would be stoned to death, adding that “anyone who becomes intoxicated by alcohol would be given 40 lashes in public”.

He has also mocked the deaths of British soldiers, and branded an Army homecoming parade a “vile parade of brutal murderers”.

Article of the Daily Express London...

Thanks to Robert Banaugh a some time contributor to this Blog...

St. Charlemagne you petitioned God to protect France,
I beg you now, petition the same Creator to defend us
from the Muslim scourge to western civilization.

Dieu le Roy.
Brantigny
Posted by Brantigny at 8:59 AM No comments:

John Calvin would be impressed

Just when you think that the persecution of the faith is over, I have two stories, the first comes from Topeka, Kansas, and Westboro Baptist Church who have arrived at a portion of infamy in protesting at the memorial services of KIA members of the military. There crass version of "Christianity" preclude any authority except their own. They loudly proclaim that God hates fags, (That phrase makes up their URL). On YouTube they have posted a video about the late Pope John Paul is burning in hell.

Well just for the record, I can find no where in the Bible that says God hates anybody. hate is a sin. God being perfect cannot sin, therefore god does not hate. 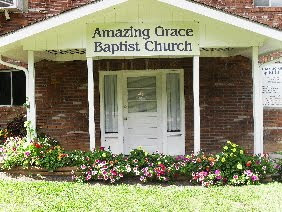 Next and to me the most frightening is a story from NC, and again from a Baptist Church. The Amazing Grace Church of Canton NC proposes to have a book burning including Bibles which are not the King James Version, (the version St. Paul read and loved) and various sermons and letters from protestants the Pope and Mother Theresa.

We will be serving Bar-b-Que Chicken, fried chicken, and all the sides.

If you have any books or music to donate, please call us for pick-up. If you like you can drop them off at our church door anytime. Thanks. 828-648-0213

You can find their web site here... It is slow to load even using High speed. I suppose that is emblematic.

The Day the Sun Danced


Today is the anniversary of the Miracle of the Sun at Fatima.

Thanks to Fr Tim...
Dieu le Roy!
Brantigny
Posted by Brantigny at 6:48 PM No comments:

“government is above all an exercise of virtue.” 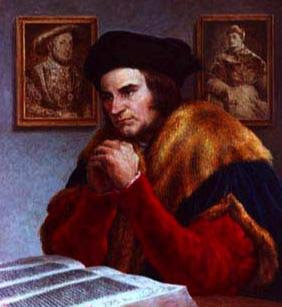 When he wanted to send a message to politicians worldwide, John Paul II declared Saint Thomas More the Patron of Statesmen and Politicians (October 31, 2000). He listed various reasons for making this choice. Fundamentally he spoke of “the need felt by the world of politics and public administration for credible role models able to indicate the path of truth at a time in history when difficult challenges and crucial responsibilities are increasing.” His key phrase refers to men and women who can “indicate the path of truth.”

The pope went on to say that: “What enlightened [Thomas More’s] conscience was the sense that man cannot be sundered from God, nor politics from morality.” In Church teaching there is a profound sense of truth that even embraces politicians and statesmen — like it or not — and which is both grounded in God and orders the moral behavior of men and women, both the public servants themselves and the people whom they represent. This is to say that faith in God is eminently necessary. In Thomas Aquinas’ words: “the gift of wisdom presupposes faith, because ‘a man judges well what he knows’ (Ethic. i, 3).” (ST II II question 45) This comes from the Summa’s section on human actions. read more...

Thanks to fellow Knight and parishoner, Carlos.