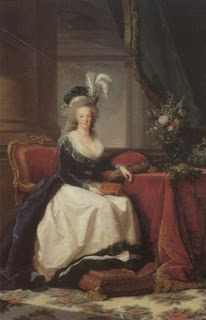 No lover of freemasonry am I. Today as I was going over older posts from Tea at Trianon, I rediscovered this gem from 28 July 2007. I will direct the reader to that very informative article now...

...In 1738, Pope Clement XII prohibited Catholics from becoming Freemasons, on the grounds that the order required secret oaths, involved paganistic rituals, and encouraged religious indifferentism. But like papal decrees before and after, many Catholics blithely decided to ignore the prohibition and joined the masons, anyway. They thought that those who took such bans seriously were being stuffy and getting in the way of progress. Lawyers, doctors, merchants, artists, writers, ladies, aristocrats, kings and emperors, who were otherwise practicing Catholics, were initiated into various lodges, lodges which often rivaled each other with different goals and endeavors.... more
Dieu le Roy!
de Brantigny
Posted by Brantigny at 8:36 AM