Many have lauded Barack Obama as the first African-American to be a Presidential Candidate. Not so... 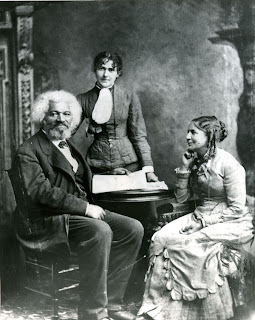 Frederick Douglass (born Frederick Augustus Washington Bailey, February 14, 1818 – February 20, 1895) was an American abolitionist, women's suffragist, editor, orator, author, statesman and reformer. Called "The Sage of Anacostia" and "The Lion of Anacostia", Douglass is one of the most prominent figures in African-American history and United States history. In 1872, Douglass became the first African-American nominated as a Vice-Presidential candidate in the U.S., running on the Equal Rights Party ticket with Victoria Woodhull, the first woman to run for President of the United States.

Then there was Hilliary Clinton...but,

...Victoria Woodhull was the first woman to run for vice-President and later as President. 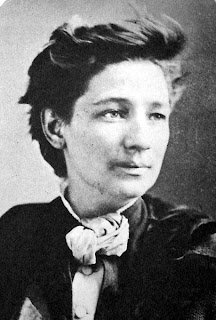 Victoria Claflin Woodhull (September 23, 1838 – June 9, 1927) was an American suffragist who was publicized with Gilded Age newspapers as a leader of the American woman's suffrage movement in the 19th century. She became a colorful and notorious symbol for women's rights, free love, and labor reforms. The authorship of her speeches and articles is disputed. Some contend that many of her speeches on these subjects were not written by Woodhull herself, while others allege that this is a form of revisionism not supported by the evidence. Either way, her role as a representative of these movements was nonetheless powerful and controversial.

Life being what it was after the War for Southern Independence the two of them never really had a chance.

Posted by Brantigny at 1:13 PM

Great post, Richard! If you don't mind I will link to it.

Of course not. I thank you.