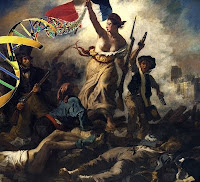 Nationalism is the ideology or attitude derived from what has been called the right of self-determination. This can be defined as the capacity and right that every nation or people has to constitute itself into a sovereign State. It can be inferred from the literal reading of this definition that it is inalienable; that is, just as someone should not have the freedom to give oneself into slavery, so a people should not be able to renounce this right forever. In practice, nevertheless, clearly it isn't interpreted with the rigidity of this sort of right/duty. It would be more correct, therefore, to define it as the right that a people has to decide if it wants to constitute itself into a sovereign State.

At first glance the historical nature of this concept stands out: its definition is dependent on the terms “people” and “State”, which take on their present meaning with the French Revolution, as we shall soon see. Therefore, if the parts that make up its definition are a legacy of the French Revolution, so must be nationalism itself. Once this is established, it remains to see whether it is an evil or not. More...

From the new Blog Firmus and Rusticus; Saints Firmus and Rusticus suffered martyrdom for refusing to sacrifice to the Roman Empire's idols. The idols of the modern world are no longer bronze statuettes, nor do they require animal sacrifice. The doctrines that have set the theoretical foundation for modern States since the French Revolution have acquired a level of acceptance and adoration worthy of a foundational mythology. For their part, they require even greater sacrifice: only if they are held as unquestionable will the political and social system they attempt to justify also be unquestioned. Every day, our silence becomes a sacrifice agreeable to them. But they are only idols. And they are false.

This blog is also in Spanish.

Thank you, I'm honored. It's good to know more people are devoted to explaining what the Revolution has really meant for us.
My best regards.