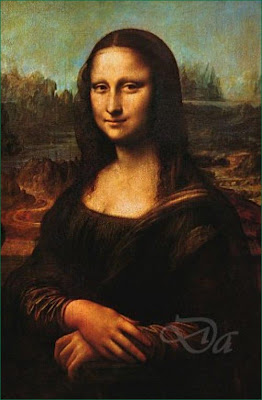 PARIS (Reuters) – A Russian woman frustrated at failing to obtain French nationality hurled a ceramic cup at the Mona Lisa but did not damage Leonardo da Vinci's famed portrait, a spokesman for the Louvre Museum said on Tuesday.

The attack happened on August 2 and the unnamed assailant was immediately arrested.

"The woman threw an empty cup at the Mona Lisa, but there was no damage as the cup smashed when it hit the screen protecting the painting," said Louvre spokesman David Madec.

"She was visibly upset," he added, saying she had subsequently undergone psychiatric testing.

The Mona Lisa, which is protected by a bullet-proof screen, is one of the most prized works in the Louvre and was seen by some 8.5 million visitors last year.

The woman had hidden the ceramic cup in a bag and later told police she had been upset because she had not been granted French nationality. She has since been released, but faces legal action from the Louvre.

Other museums in France have had problems.

In 2007, a man broke into the Musee D'Orsay in Paris and punched and damaged a painting by the French impressionist Claude Monet.

In 2008 a Cambodian woman was made to do community service after kissing a painting by American artist Cy Twombly at a gallery in southern France, leaving lipstick on the canvas.

However if you are a muslim you will not find it difficult to stay!

Ah the benefits of a republic.

This could have happened here!