Archduke Otto is in the Hospital 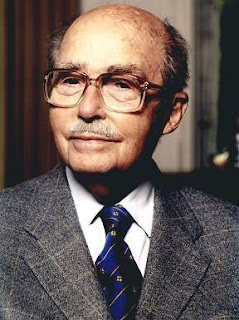 The Archduke, son of Saint Karl, and rightful heir to the Thrones of Austria-Hungary has been hospitalized, so reports the Mad Monarchist on 22 June 2009.

...According to his family he is recovering well, is alert, talking and eating but of course at his advanced age any such fall is to be taken seriously...

Archduke Otto was born in 1912, and soon after his fourth birthday he became Kronprinz (Hereditary Prince) of the Austro-Hungarian Empire; he graduated in 1935 in political sciences in Leuven, and in the following years he strongly worked as an opposer of the Nazi government. Later her served for two decades as Member of the European Parliament, between 1979 and 1999; he also has been for a long time President of the International Paneuropean Union.


I pray that his sainted father watches over him.