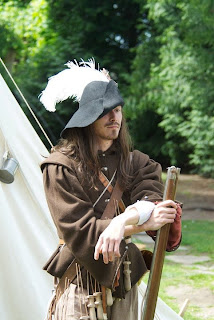 Four Irish soldiers, one Major Gaydon, Captains Misset, O'Toole, and Wogan leave Strasbourg on horseback and head east. This is not exceptionally unusual as there are many Irish found in foreign armies on the continent. But these men have a special mission. The rescue of a princess. This certain princess is imprisoned in a castle in Innsbruck in southern Austria. Accompanying the soldiers are two women, the wife of Capt Misset to act as a companion to the princess and a servant named Jenny. Jenny has an important part to play in this rescue, because if it were to succeed she would be the principle ruse. Recently Capt Wogan has visited Innusbruck as an itinerant peddler and visited the princess who has agreed to the plan for the escape.

After a journey of 10 days they finally arrive in Innsbruck. The weather is bad, a pouring rain and driving wind. Fortunately this was the best weather for the plot to succeed. 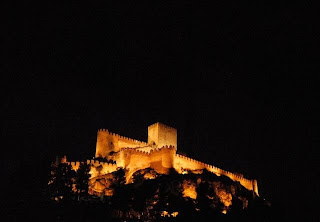 Arriving at the castle they are met by the princess' servant named Chateaudeau, who taking Jenny with him, returns to the apartments of the princess where the princess and her mother await.The plan calls for Jenny and the princess to exchange places and clothes. Jenny will remain behind in the castle and feign illness until the party escapes south into Italy. Jenny however is noticeably taller than the princess and so has to remain abed if the disguise is to work. The princess on her part must wear slippers instead of shoes with heels; unfortunate in this weather. The princess, in Jenny,s cloak, slips out of the castle with the servant Chateaudeau and her jewels. Upon reaching the gate Chateaudeau says "Goodnight" loud enough for Capt Wogan, standing nearby, to hear. Then the princess, disguised as the servant Jenny, steps out past the guard and leaves the castle. The plan has worked perfectly... Thus far

Capt Wogan leads the princess to an inn where the others await them and they set off towards the Italian border. Going just a short way the discover that in the rush to go the princess has left her jewels in the inn! Captain O'Toole turns his horse about and speeds back to the inn that they had just left. It is the middle of the night. Capt O,Toole dare not pound on the door, but being a big man lifts the door of the hinges, grabs the jewels and leaves. Riding hard he catches up with the party on the road. 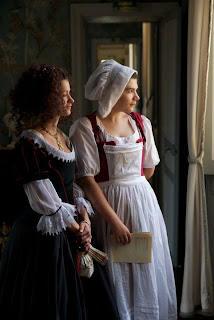 Poor Jenny keeps up the pretence of being the Princess as long as she can by remaining in bed pretending to be sick but finally the truth is discovered. The Castle governor send word to the next town to stop the party. As luck would have it Captains Missett and O'Toole trailed behind as the escape party's rearguard. Falling in with the messenger they treat him to refreshment at an inn where the poor fellow found it impossible to continue on horseback.

The escapees were having a hard time as well. The food was deplorable and for some reason almost uneatable. The were forced to make tea in a can that had previously held oil. The post horses they received were almost useless, ...and their coach broke down. Anything that could go awry did, except that after four grueling days they reached the border, and were safely in Italy.

And who is this Princess? She was Maria Klementyna Zophia Sobieska(1) daughter of Prince James Louis Henry Sobieski, and granddaughter of King Jan III, Sobieski (2)she had ben imprisioned in Insbruck by the Holy Roman Emperor by request of King George I, to prevent her marriage to the son of King James II of England (and VII of Scotland). Prince James Edward had, since 1701 been recognized as the true King of England. He would have been James III. He is remembered by his most common sobriquet, "Old Pretender".


After the marriage of Princess Klementyna and Prince James, they had a son. Naming him Charles Edward Louis Philip Casimir. He is destined to lead the "45" Jacobite rising as "Bonnie Prince Charlie".

Now maybe some of the ghosts will leave me sleep!

The photos for this post are from Thomason Photography photographed in different places. His Facebook page is here...
Posted by Brantigny at 4:08 PM